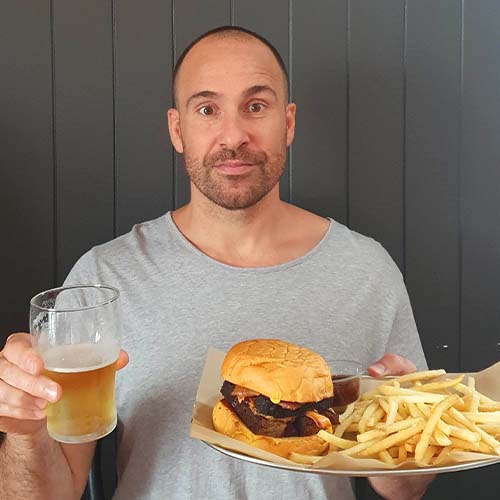 He’s the reason we’re all here.

Steffan has been in the trivia entertainment industry for longer than he hasn’t. After completing his BA from the University of Melbourne, he represented Australia in the SIFE World Cup (now Enactus) in Germany, and on the same trip (whilst sipping cocktails on a beach in Thailand) he had the idea to bring digital video and comedic entertainment to pub trivia. 4 months later, on March 16 2004, Quiz Meisters did it’s first show at Commercial Club Hotel in North Fitzroy.

Since then he’s helped shape every aspect of the company, specialising in entertainment production, creative design and business development. With a passion of combining technology with live performance he’s lived through and accelerated the evolution of pub trivia (his first ever show used a tape deck to deliver music questions). He’s hosted over 2000  trivia shows, produced a television show, an app, multiple festival shows and helped expand Quiz Meisters up the east coast (which led him to Brisbane where the company is now based).

He steered the QM ship through the uncertain times of COVID and now uses his experience to lead a very talented team into the next phase of Quiz Meisters. With crossovers into tech development, business consulting and charity collaborations, his future is certainly full of some fun challenges.

When he’s not working you can find him rolling around with his Brazilian jiu jitsu brown belt, pretending to be a pirate with his son, and slapping da bass.