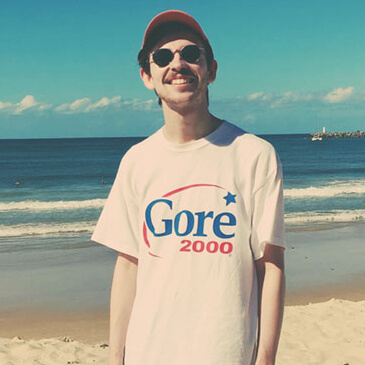 I write a lot of our copy, I create and develop new segments, I help make the stuff we do work better, I host for us in Brisbane, and I always eat breakfast at my desk so I can sleep as much as possible.

If you were performing in a singing competition, what song would you pick?

What's your favourite movie and why?

My favourite movie would have to be the episode of the Crown where Princess Diana sings the song from Phantom of the Opera.

back to about us