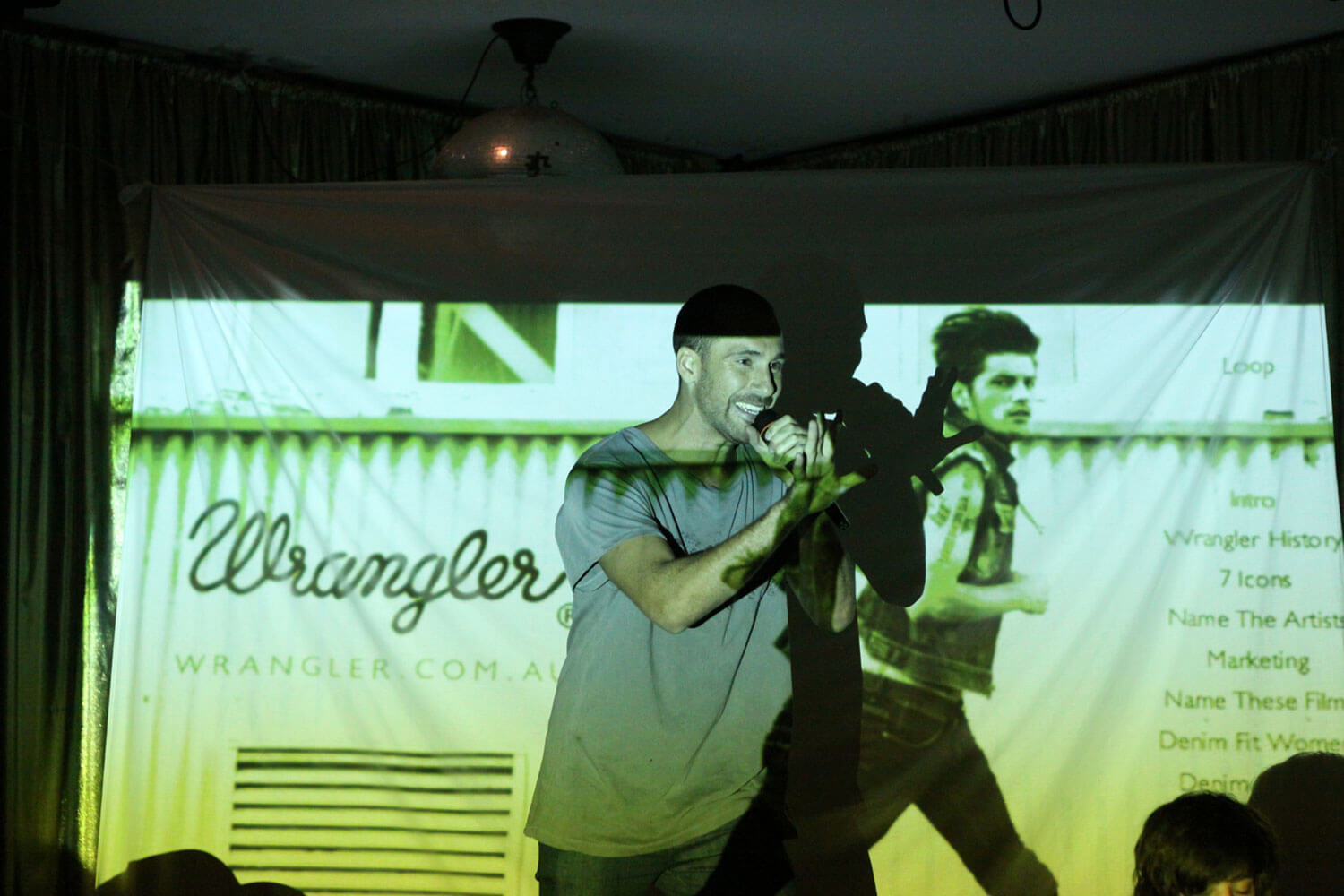 What is a Special Collaboration?

Sometimes you have an idea so cool that it can’t be contained in a simple trivia night. We love when that happens. That’s what our special collaborations are for. They are a completely new, one-of-a-kind experience made just for you. Do you want to host a trivia night that also acts as a product education evening for your staﬀ? We can do that! Do you want to collaborate on a special nationwide charity trivia experience? We’d love to! Perhaps you’re after a special themed trivia show that exists completely on a phone that can be played at your festival? Sounds great! Do you want something diﬀerent entirely? That’s cool too! Whatever it is you’re searching for, we’re here to make your dreams come true. And in this new world of social distancing, we have a heap of online solutions that can still bring everyone together.

What Do I Get?

Well that’s the thing, because these are a brand new thing we don’t really know what you’ll need and what you won’t. What I can tell you is that you’ll get the full force of our amazing creative team who’ll work tirelessly to make something really cool and unique. We’ve got a graphic designer, a videographer, a creative writer, a copywriter, heck even some app developers if that’s what you need. These projects are always super fun because they’re completely different to what we usually do, so we can’t help but get stuck into them.

Basically, if you can dream it we can do it. And if you can't dream it, we have some pretty big ideas waiting to be picked up and run with. We love a challenge, so let us know what you have in mind and we’ll see what we can do for you. 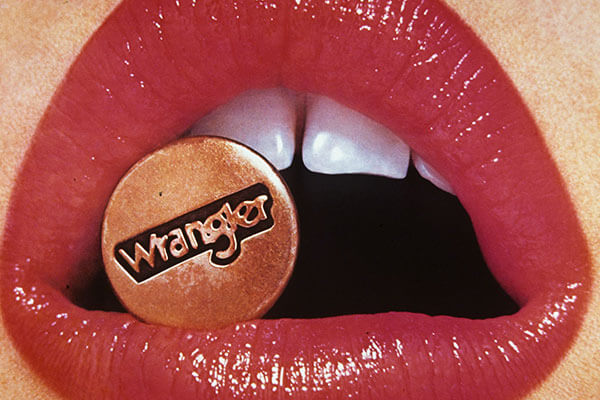 We created a game show style trivia night that showcased the core values of Wrangler while also educating the staff about the new products each year. We based this on the model that we had created during our collaboration with Hurley. This show also had various live segments, pre-taped video segments and written trivia questions that were a mix of classic Quiz Meisters style content, as well as questions and segments that educated the staff on the new product ranges available. 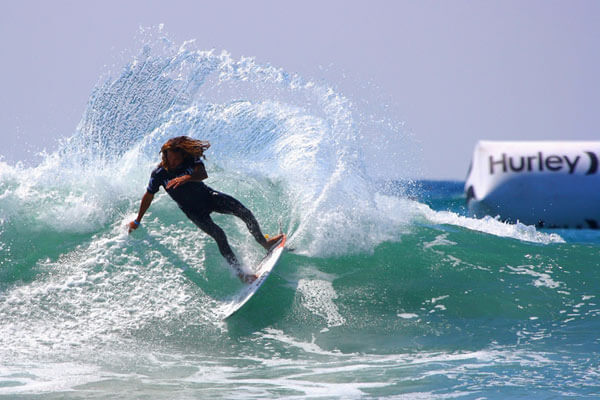 Make a product education night for staff engaging and entertaining.

We created a game show style trivia night that showcased the core values of the company (punk rock, surfing etc) while also educating the staff about the new products each year. We had live segments, pre-taped video segments and written trivia questions. This night was so successful that we ended up touring this show about ten times across the country, and we ended up being invited back to create new shows for the following four years. 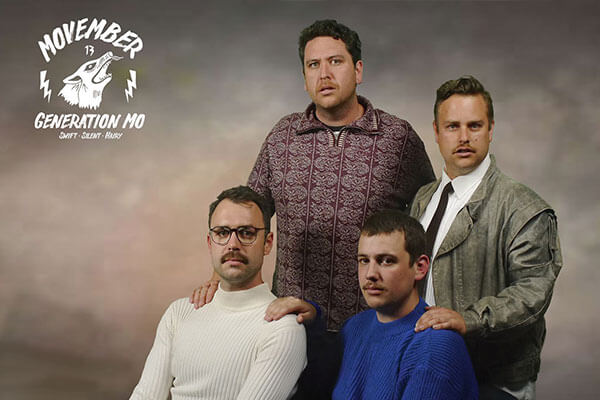 Raise both awareness and money for Movember.

We created a month long campaign in which a large number of our hosts grew moustaches and raised money for Movember. We also ran a special Movember and Moustache themed quiz across all of our shows nationwide to raise both awareness and money for Movember. This was a three year partnership. 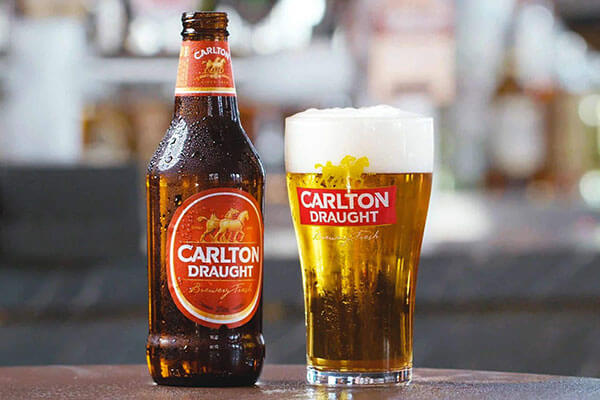 Create an experience that goes beyond drinking beer.

Due to the success of a bespoke trivia night we held as a part of the Carlton Draught Pub Tour, we were hired to write the trivia questions on all Carlton Draught bottle caps. This is an ongoing partnership. 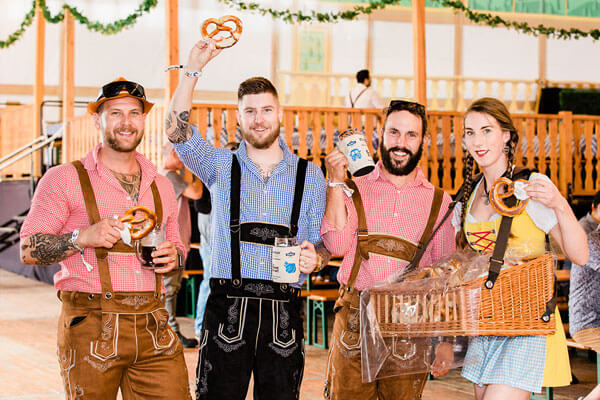 Create an Oktoberfest and Germany themed passive trivia night that can be run on large crowds, that would engage with the audience and allow players to join at any stage.

We held a Germany and Oktoberfest themed trivia night that ran entirely on the players phones. This made joining the quiz, scoring the quiz, ranking the teams etc entirely automated, which meant potentially infinite players could join with no strain on staff. We had the chat bot programmed to take the teams on different comedic tangents and pathways based on their responses. This gave every team a totally unique experience. We also held several live games in between each round, eg. Pretzel eating contest, Yodel competition. In the end, over 100 teams played the Oktoberfest Brisbane trivia. 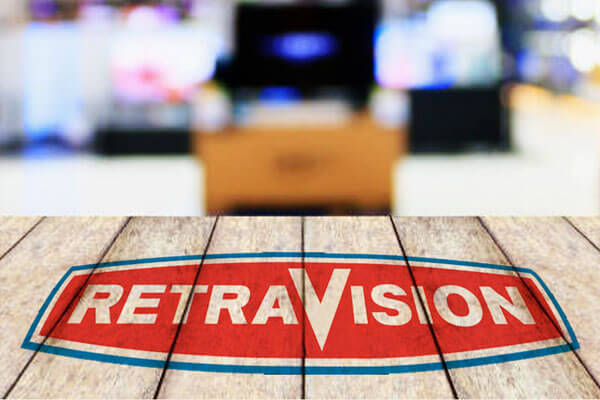 Use the technology of Quizdom to put on a unique multiple choice trivia night for a very large crowd.

We held a hugely successful trivia event for over 500 people, using buzzer technology. This was a fun challenge as keeping such a large amount of people interested and playing is difficult, particularly when only asking multiple choice questions. To get around this we built a special one off show that still had the specific feeling of a Quiz Meisters show. This kept everyone interested, entertained and engaged.

So what are you waiting for?

No matter what you’re looking for, we’ve got a super creative team who’d love to develop something brand new with you! Contact us now to get the ball rolling on something special.

Thank you! Your submission has been received!
Oops! Something went wrong while submitting the form.

STAY UP TO DATE WITH ALL THINGS QUIZ MEISTERS

Sign up to our newsletter to keep in the loop with everything QM.

Thank you! Your submission has been received!
Oops! Something went wrong while submitting the form.